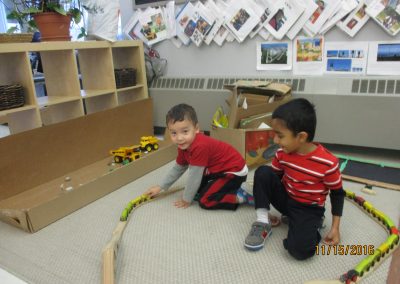 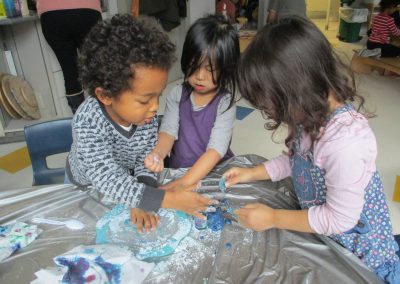 At Frog Hollow Children Centres, we recognize that “[d]iversity in the world is a basic characteristic of human society, and also the key condition for a lively and dynamic world as we see today.” (Jintao Hu)

The children and the educators in our programs embrace inclusion at all levels.

Our educators believe that every child is unique and capable of reaching their highest potential when provided with the right opportunities. They create bias-free environments by welcoming children and families with diverse backgrounds, abilities and socio-economic status and by promoting respectful, open conversations in our programs.

Our children are encouraged to see the world through different lenses, seeing the many challenges people around the world face, investigating the ways change can be generated and taking action for their goals. Through natural investigations and organic friendships, children understand the true meaning of diversity, the importance of welcoming others’ ways to our lives and the beauty of sharing our experiences with those whom we share the world.

“An individual has not started living until he can rise above the narrow confines of his individualistic concerns to the broader concerns of all humanity.” — Martin Luther King, Jr.

This group of children is making short movies for each of United Nations’ children’s rights. This video is dedicated to “the right to go to school”

“Be the change you want to see in the world” (Gandhi)

The children at Nootka Children Center have been very interested in the current events of the world. They follow the news about the war in Syria, the presidential election in United States and the everyday struggles people around the world face.

Educators opened up conversations about these issues during the “meeting times”. A group of our older children took a trip to an exhibit called, “The Compassion Experience”, which told the stories of two children who live in developing countries and the struggles they face every day. The Nootka children were moved by the experience and wanted to take action.

As the children and the educators were exploring their ideas, Alex, a university student, made a visit to the program and invited the children to express their thoughts about their community through painting. The children took this invitation to heart and created beautiful art that expressed love for others and hope for peace in the world.

Conversations about community, diversity and world challenges continued in the coming weeks. The Universal Children Day was around the corner and the educators saw an opportunity to direct the children’s passion for social justice to children’s rights. Open conversations started, honest questions were asked, and ideas, hopes and plans were gathered.

In the next month, the children expressed their passion for children’s rights through painting, clay work, making movies and writing stories.

During this amazing project, personal thoughts were shared: some inspiring, and some uncomfortable at the time, but they were all welcomed by the educators and listened to respectfully by the children. Comments were discussed genuinely and magical “aha” moments were born.

As we investigated the “right to education”, discussion about “children who work” and “children who fight in armies” came up. One of the boys shouted, “Oh, awesome! I want to fight in the army”. Educators expanded the conversation and asked the children about the challenges a child would face if they were to join the army in a real war. The children discussed how scary it would be to hold weapons with no “training” and to have to “fight big people”. By the end of the discussion, the same boy commented, “I would be so scared to fight in a real army. I could die!” The same boy and two of his friends made an art piece later on, stating, “Kids should not have to go to war. You’ll die if you use a rifle without training.” They also created a comic book about this issue.

Open conversation about difficult situations in our world help children understand matters in a safe, non-judgmental environment. It allows for them to express their curiosity about issues that may not be thought as “appropriate”.

Engaging children in social justice issues creates opportunities for them to see the world through different lenses. It empowers children and gives them reassurance that they have power over the problems in the world and they are not alone in their thoughts. When children develop an understanding of morally charged issues through an open, organic discussion, they own the values that emerge, rather than simply internalizing the values that they are told are correct. Our educators attempt to guide and mentor children through these processes, rather than simply tell them what is “right”. 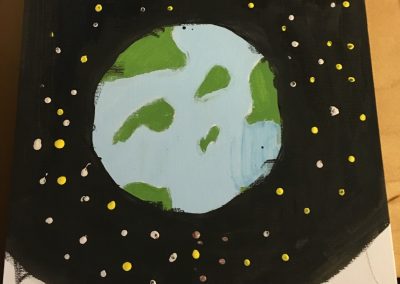 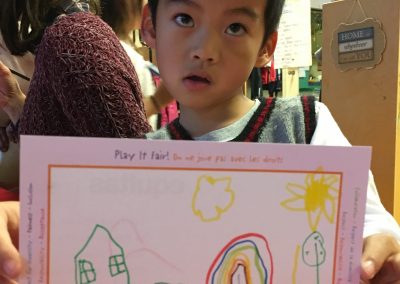 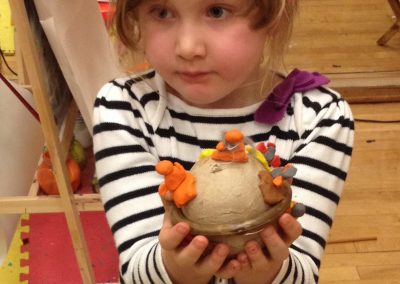 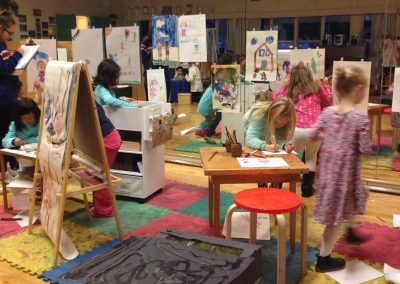 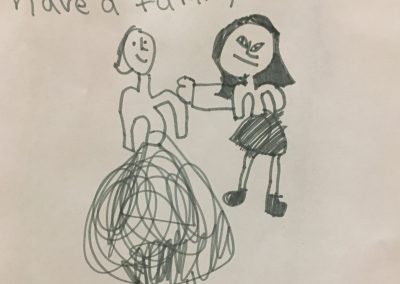 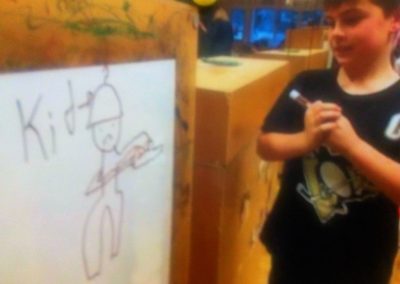 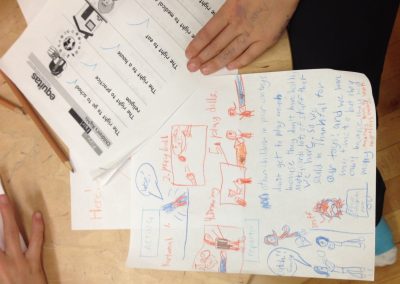 This is a New Page